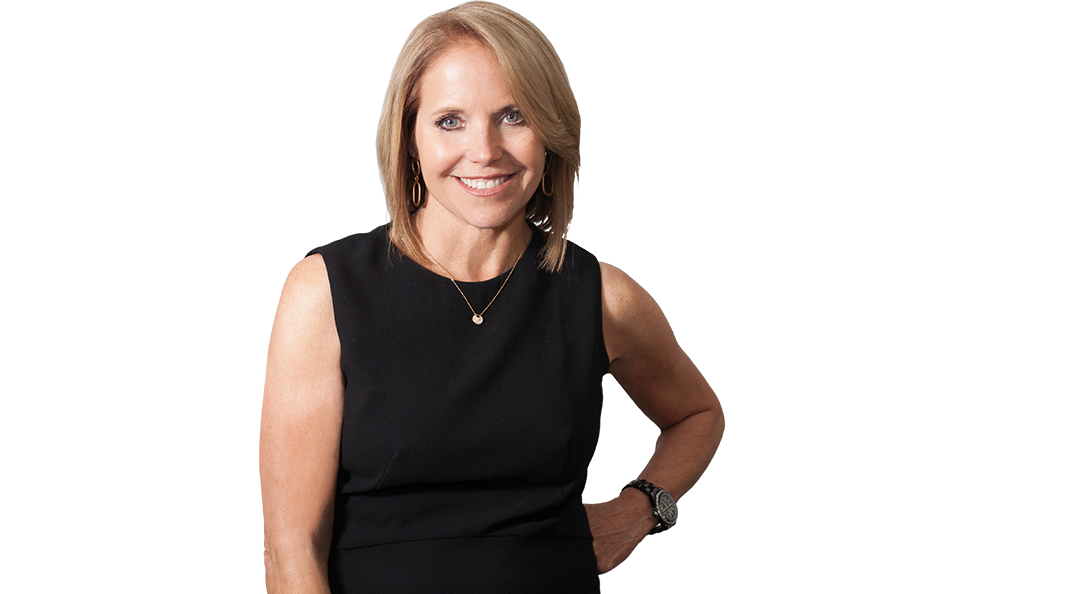 Getting to what matters. That’s what Katie Couric does best. She asks the questions you’d ask and pushes for real answers. She helps make sense of a crazy world. And now she’s bringing her thoughtful, relatable style (along with the occasional show tune) to the world of podcasting. Join Katie and her co-host Brian Goldsmith as they talk to the most fascinating people in news, politics, and pop culture. New personalities, new insights, and new episodes—every Thursday.

Katie Couric is an award-winning journalist and best-selling author. In 2015, she launched Katie Couric Media, an independent production company. She is the executive producer of the documentaries Fed Up, Under the Gun, and Gender Revolution. In 2014, Couric was named Global News Anchor for Yahoo. A cancer advocate, she co-founded Stand Up to Cancer in 2008. In 2006, Couric became the first woman at the helm of an evening newscast as solo anchor of “CBS Evening News.” She joined CBS after a 15-year run as co-anchor of NBC’s “Today Show.” She has won numerous awards including a duPont-Columbia, Peabody, Edward R. Murrow, Walter Cronkite, and multiple Emmys.

Brian Goldsmith is a political journalist, and most recently was Yahoo News' political consultant. Earlier in his career, he was Katie’s political producer at CBS News, where the two won a DuPont award for her interviews with Sarah Palin. Brian also co-founded an online investment startup and sold it to Seedrs, a British-based crowdfunding company. A graduate of Harvard College and Stanford Law School, he lives in Los Angeles with his wife and daughter.